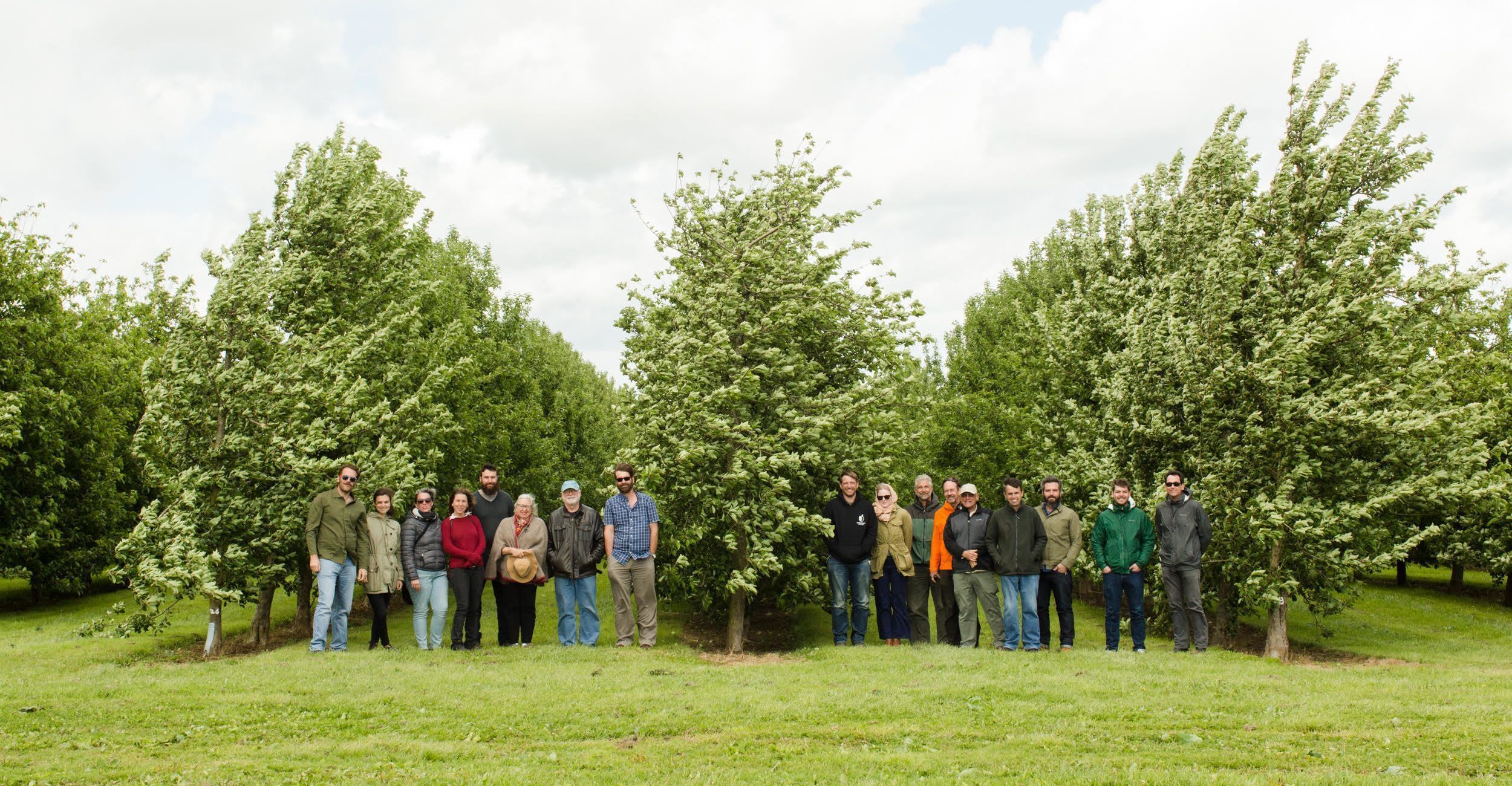 As a historic apple region, the Hudson Valley now has an opportunity to become a leading cider region. We believe that distinctive, value-added products like cider evoke a local food culture and sense of place that is closely tied to agriculture, and that they support the viability of farming by adding high-value income streams for agricultural businesses.

Glynwood’s Cider Project began in 2010 with a travel exchange between producers of cider and apple spirits from France and the Hudson Valley. (It’s worth noting that cider, around the world, is the standard term for fermented product often known in the U.S. as “hard cider,” whereas calling fresh apple juice “cider” is unique to this country.) The vanguard of New York cider makers who joined that trip returned with a shared vision to establish cider as the signature beverage of our region.

We have since launched a series of initiatives and collaborations through our Cider Project that have broadened opportunities for New York’s apple growers and cider makers that have increased the production of cider throughout the region and the state.

We created Cider Week in 2010 as a way to connect trade professionals to farm-based cider producers, while also increasing public awareness and appreciation. That collaboration led us to co-found the New York Cider Association, the first statewide trade association for cider. Cider Weeks now occur statewide in May and October.

Currently, we are supporting meaningful growth in the industry in several ways.

There is a need for more cider apple production in the Hudson Valley and throughout New York to meet the entrepreneurship and vision of cider makers. Growing cider-specific apples that are increasingly in demand presents a profitable opportunity for growers and will further distinguish orchard-based ciders. In 2017, we led a tour of England’s cider country for a group of apple growers and cider makers, focused on observing orchard systems and learning about the economics of their mature cider industry. As an outcome, we conducted informational meetings on the economic potential in growing cider varieties in New York, and offered a sensory education about cider for growers across the state. That same year, we organized the planting of 5,000 cider trees on 15 orchards in New York. Every year we gather information on how those trees are performing in these working orchards; in 2021, we will conduct the first fermentation trials from the fruit of these trees. Cumulatively, these trials will contribute to establishing the terroir of New York cider.

Since our Cider Project began, cider production and popularity have seen incredible growth, and cider has emerged as a commercial industry for the first time in the U.S. Amidst that, there are challenges and opportunities for our cider culture. We explore these with culinary and beverage professionals who are allies to the cider community. Our 2018 learning journey to Spain and 2019 tour of Hudson Valley cideries and orchards brought together chefs, culinary educators, restaurateurs, and cider makers to ask: How can we cultivate a vibrant cider culture in New York?

The answer from those trips, and subsequent work, has been that cider needs to be more accessible as a beverage and an industry. To that end, we continue to support consumer and trade education through public events and active participation in the New York Cider Association and the American Cider Association. Glynwood is also answering the call of the cider community to tackle historic and contemporary inequities in our industry. Glynwood’s Megan Larmer formed and chairs the New York Cider Association’s Social Justice Committee. In spring 2021, this committee launched a series of trainings conducted by Dr. J. Jackson-Beckham for cider makers and apple growers to implement business practices that build diversity, equity and justice into their operating model. Learnings from these sessions and a Cultural Climate Audit of the NY cider industry will be synthesized into a toolkit for cideries that will be released during Cider Week New York in October of 2021.