Get Ready for Gleaning 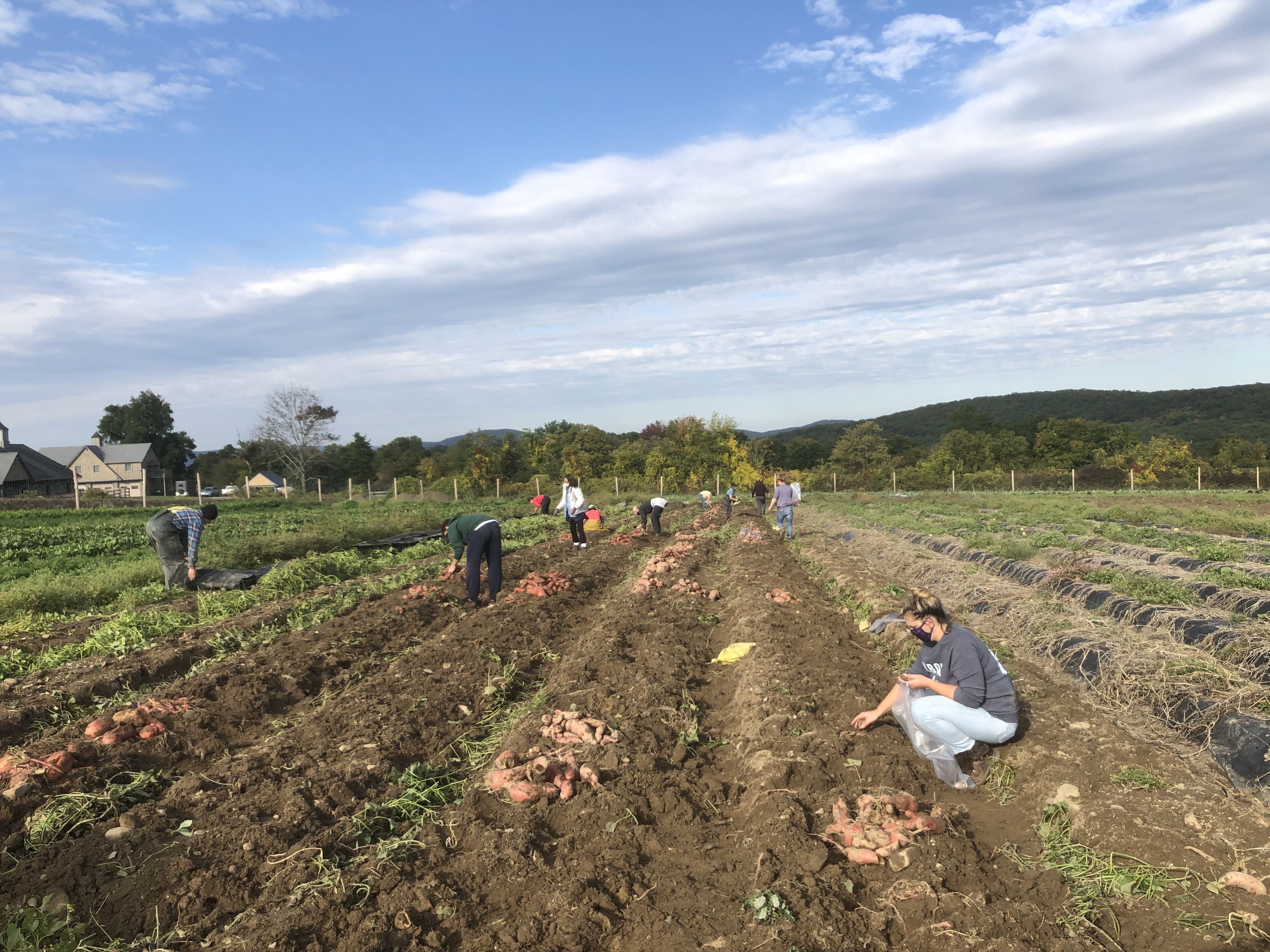 Gleaning, the process of harvesting crops left over from a farmer’s harvest on a field, has roots that far pre-date modern agriculture, yet the practice remains a relevant and useful way to gather the crops that the farmer doesn’t have time to harvest, or that are “seconds” quality so that this food can nourish people. “Seconds” quality is generally used to describe food (usually vegetables) that is perfectly good to eat, but that doesn’t have the picture-perfect looks that they need to move through a farm store, or to be sold wholesale to a grocery store. Gleaning has historical roots in food donation: some traditions and cultures used to protect the right of people to come glean from the edges of farmers' fields on certain dates and times, though this allowance was effectively eliminated with the rise of private property law in England in the late 1700’s. Since that time, modern gleaning practice has changed and revitalized: gleaning is now often an organized volunteer opportunity for both farms and supermarkets, to help rehome imperfect produce so that it does not go to waste.

A 2017 study entitled “Combining two wrongs to make two rights: Mitigating food insecurity and food waste through gleaning operations” found that in 2010 in the state of New York alone, 3.6 million pounds of fruits and vegetables were gleaned and donated to local and regional food access organizations. Glynwood is proud to be part of this movement to rescue imperfect produce. We have an active volunteer-powered gleaning team that meets weekly during the summer season to help harvest crops of all kinds, where they are then washed, packed, and sent off to our local food donation partners, such as Second Chance Foods, Philipstown Food Pantry, and Dutchess Outreach.

Last year, the Glynwood Glean Team rescued 1,909 lbs of food from our fields (40% of which was made up of lightweight leafy greens!). We are excited to resume the Glean Team in the next few weeks and are actively welcoming new volunteers interested in giving gleaning a try. If this sounds like something you may be interested in, or if you want to find out more about Glynwood’s Glean Team, send an email to Glynwood’s Sales and Outreach Manager, Trixie Wessel at twessel@glynwood.org.