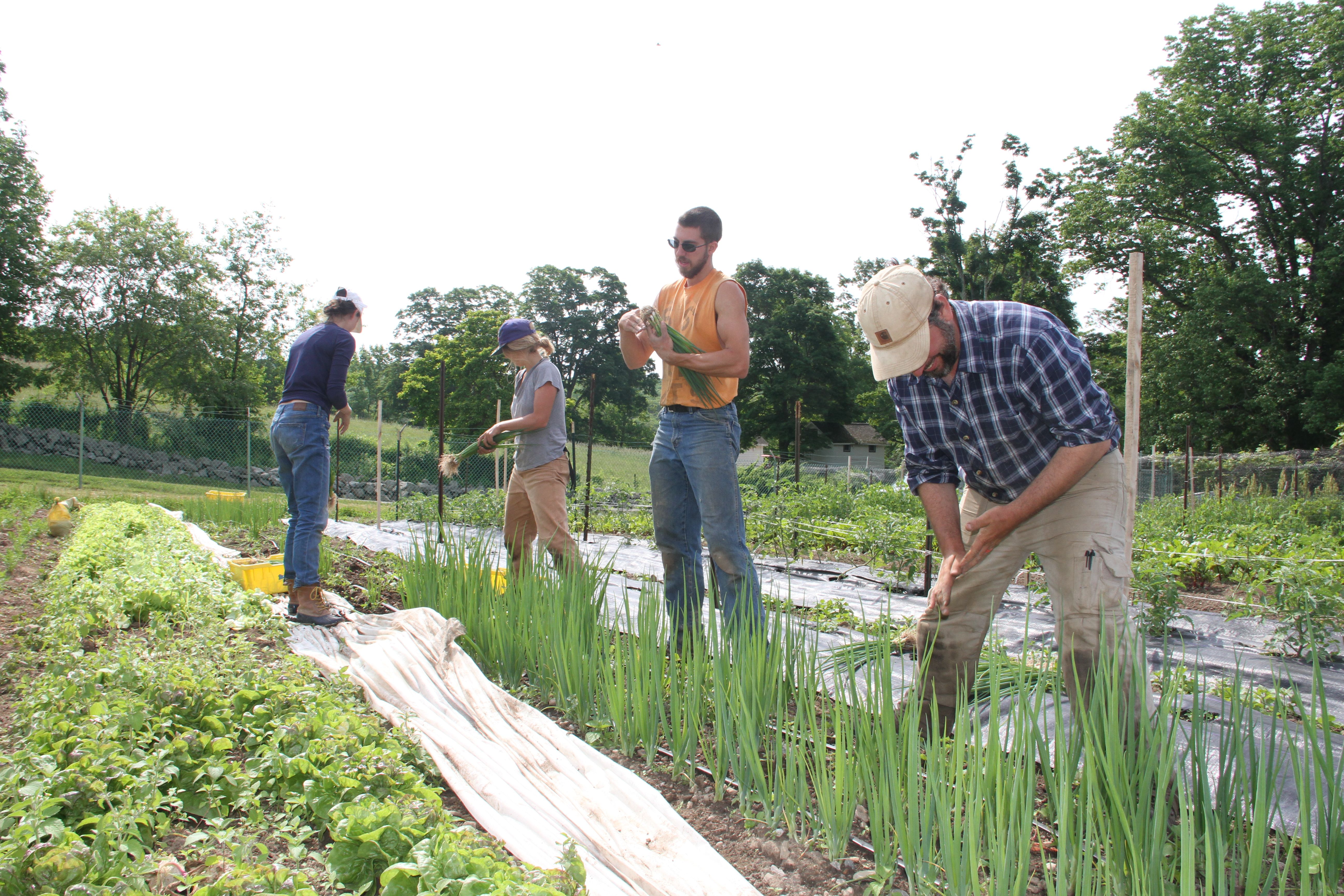 Among the many challenges facing farmers, one that is not often considered is the difficulty of managing interpersonal relationships in the context of a stressful farm operation. Being able to manage employees well and maintain good relationships with business partners or landowners can often determine whether a farm succeeds or fails -- just as much as being able to drive a tractor. Small farms do not have HR departments and farmers generally have no opportunity to receive training in how to supervise employees. To help farmers address these issues Glynwood hosted a training on March 5th-6th in the techniques of “Compassionate Communication” (also known as Nonviolent Communication) a system of conflict resolution pioneered by Dr. Marshall Rosenberg. This training was a sequel to an earlier introductory  workshops organized by Glynwood, and focused more specifically on managing relationships in the workplace. Fifteen Hudson Valley farmers found the introductory workshop useful enough to gather together for two more days of training in early March while there was still snow on their fields.

NVC techniques seek to de-escalate or resolve conflicts by avoiding judgemental language and instead focus on using empathy to foster connections between people that can then be used to seek compromise. The workshop primarily consisted of the participants practicing the use of NVC terminology to establish empathy while roleplaying conflicts with each other. The participants chose real conflicts that they face on their farms to roleplay and were able to help each other find constructive ways to approach issues with their employees, managers, and landlords. It was a challenging but meaningful effort for farmers who feel most comfortable working quietly outdoors with their hand in the soil. But everyone came away from the workshop feeling empowered to address the major interpersonal issues on their farms and with a toolkit to manage those conflicts in the future.