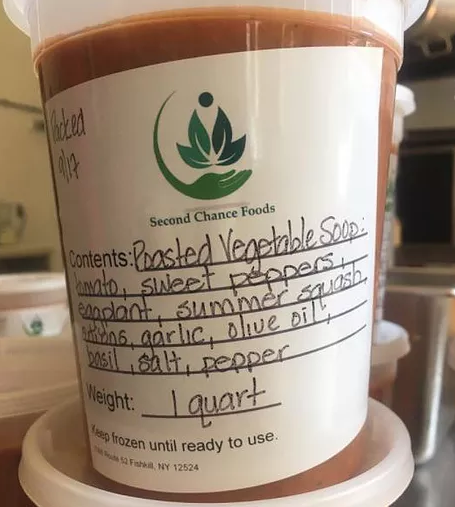 In response, Glynwood’s partner, Second Chance Foods has emerged as a relatively new nonprofit organization in Putnam County making a name for itself by rescuing produce from farms so more people have the opportunity to enjoy healthy, farm-fresh food.

Second Chance Foods focuses on “elevation of equality for food available.” According to Martha Elder, Executive Director, Second Chance Foods centers the “dignity of the client, honoring the farmers and their labor, and the importance of health.”

“We go to farms in Putnam County and collect all of the produce those farms can’t sell,” says Elder. “This collected produce gets used to create pesto, soup, and more. The lifespan of the produce is increased by transforming it into something new and the new food is then put onto the shelves of food pantries” For example: One of their customers, who previously had a stroke, found it hard to cook and prepare meals for himself, but the food prepared by Second Chance Foods makes it easier for him. All he has to do now, according to Elder, is warm up the food, which he attests is quite delicious.

Second Chance Foods encourages everyone to be part of the good food movement. If you are looking for an opportunity to do some volunteer work with your family, now you can! Volunteers are allowed to bring their mature children and expose them to new learning experiences. It is a great opportunity to give back to the community and have fun in the kitchen! Check out more about Second Chance Foods, and sign up to volunteer .