The Trials and Tribulations of Finding the Perfect Seed 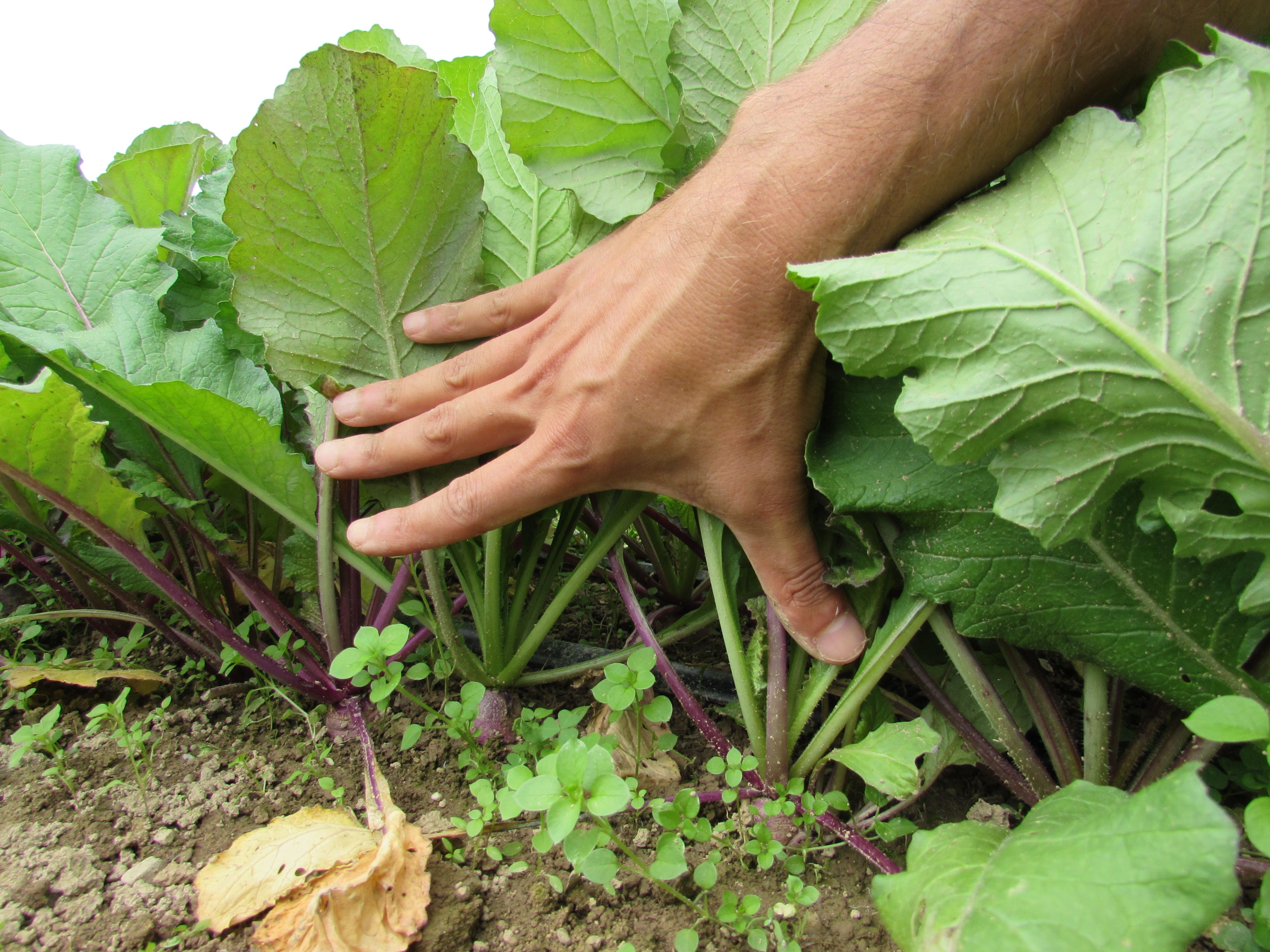 As Glynwood’s vegetable farmer, I spend a lot of time during the winter months carefully selecting the crops and seeds to be planted come spring. However, this winter there are at least two crops I do not have to waste any time considering, thanks to my participation in Glynwood’s Kitchen Cultivars project. In partnership with Seedshed, last season the project trialled many different varieties of escarole and winter radishes. My experience as a farm site in that trial resulted in clear knowledge of which ones I’ll plant this year.

For any given crop there are many, sometimes even hundreds, of different varietals to choose from, with differences both subtle and obvious. These varietals are divided among dozens of different seed companies, requiring a farmer to wade through the choices trying to find one that ideally tastes great, yields highly, resists disease, looks good, tolerates heat or cold, stores well or possesses any other useful trait a farmer needs. Since I grow fifty different crops at Glynwood, I essentially outsource the searching and testing of different varieties to a small number of seed companies I trust. Then I choose from among their offerings and stick with whatever seems to be working. This approach always leaves some doubt, however, because I can never be sure I am growing the best possible variety. A variety that performs well in one place (like a seed company’s test plot) might not do as well in Glynwood’s specific soils and climate. After living with these nagging doubts about my seed choices, it was exciting to participate in the Kitchen Cultivars seed trials and gain first-hand clarity about at least a couple of the crops I grow.

The Kitchen Cultivars seed trials were conducted in a “mother-daughter trial” format involving ten different farms. At the “mother” site managed by Seedshed, trial plantings were closely monitored for more detailed quantitative data, and the “daughter” sites were working farms. Escarole and winter radishes were selected because they grow well in the Hudson Valley and have the potential to grow in sales – but farmers don’t tend to try many different varieties since they lack the popularity of crops like tomatoes or lettuce.

As one of the daughter sites, I planted eight varieties of escarole and seven different radishes. The “mother-daughter” approach is particularly useful since I was able to see exactly which varieties performed well in our conditions at Glynwood, but the general trial results can show which varieties were the most robust overall. If they perform well at many different farms, it suggests they would do well at Glynwood even in a year with very different weather.

The trials were also unique because of their emphasis on testing for superior flavor. A tasting event brought together chefs and farmers to taste the trial varieties, and evaluate them for flavor and texture both raw and cooked. Although I always try to choose to varieties that taste good, I am often just relying on my own casual judgement. I must admit to some bias towards thinking the varieties that are easiest to grow are also the ones that taste the best. Armed with the results of the trials I feel certain that this season I will be growing the best tasting and most productive escarole and radishes on the market. So you can look forward to eating some great Batavian Broad escarole, High Mowing Watermelon radishes, and Green Meat daikon this fall!