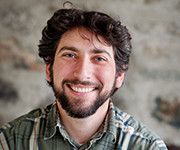 Jarret first joined Glynwood in 2011 as the Apprentice Crew Leader, returned to Glynwood in 2013 as CSA Assistant Manager and is now Associate Director of Vegetablel Production. He grows produce that is sold through Glynwood’s CSA and Farm Store, on the menu at Glynwood events, and donated to local schools and food banks.